Google “Greek life” and you’re likely to find results ranging from merchandise to myths. You might find a T-shirt featuring fraternity or sorority letters. You might find highlights from television dramas and big screen movie productions. While these influence opinion, they seldom get to the core of what the Greek community is like on college campuses. Simply put, fraternity and sorority life exists to promote an environment for learning, a support network for students, a structure for service and a values-based environment for fostering socially responsible behavior.

Phi Mu long has been a proponent of structure in the fraternity and sorority community. We’ve been a member of the National Panhellenic Conference (NPC) for more than 100 years. NPC represents the voices of nearly four million women on more than 620 college/university campuses and more than 4,600 local alumnae chapters in throughout North America. 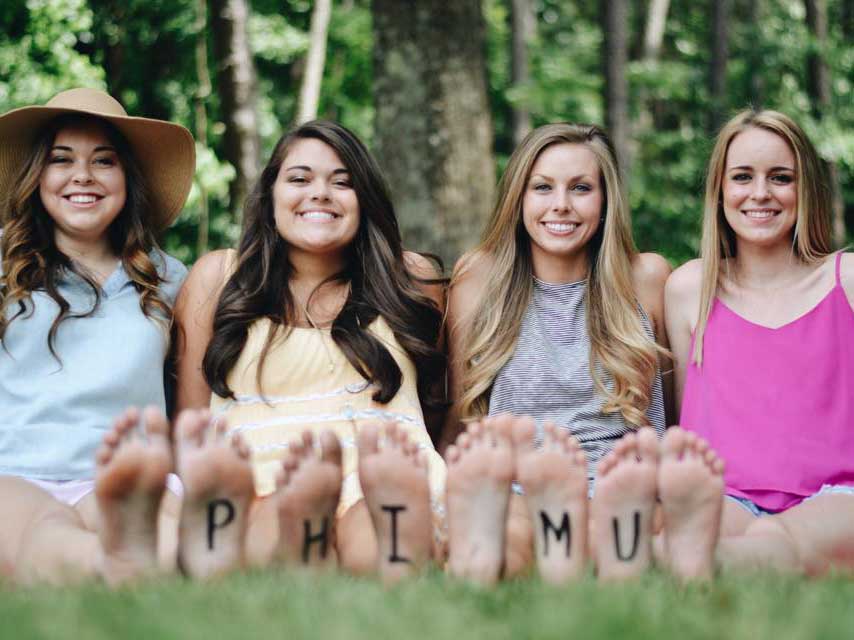 The Myths of Fraternity & Sorority Life

One myth about fraternity and sorority life is the degree to which the organizations see one another as competitors. While we all work diligently to recruit exceptional members, we know that many will become part of other organizations on campus. For that reason we work toward creating a beneficial membership environment for all students and interfraternal cooperation. It is our goal to collaborate with other groups on a campus and together build a strong Greek life community.
If you’re interested in joining a women’s fraternity or sorority, contact the Greek life office on your campus. Or, contact us at extension@phimu.org and we’ll help you find the right resource.